ALUMIL’s motto “building excellence every day”, characterizes every aspect of the company’s activities.  Recently the company received special recognition at the event of “Diamonds of the Greek Economy 2021”!

During this year’s 18th edition of the annual Forum, the healthiest and fastest growing companies of the country were awarded. More specifically, these corporations stood out among the 10.000 most important companies, based on 5 economic indicators.  ALUMIL, as a leading power for more than 3 decades in the field of Aluminium applications, received an honorary distinction for its several innovative business activities in Greece and abroad. This award complemented the significant progress that has been achieved regarding the administrative and digital transformation, the heavy investment in Research & Development field, the innovative initiatives such as ArXellence and ALUMIL Academy and, most importantly, its ever-growing presence in the international markets.

The Sales Manager for Greece & Cyprus, Mr. Giorgos Pappas, received the award on behalf of the company. During his speech, Mr. Pappas underlined that “the results of our endeavors justify our hard work. This is evident in the rapid increase in turnover and profitability of the Group. ALUMIL reached pre-tax profits of € 10.96 million in 2020 and a turnover of € 241 million. Based on estimates, the turnover in the first half of 2021 is expected to grow more than 26% compared to the first half of 2020, confirming the positive messages for the further growth of the Group.” 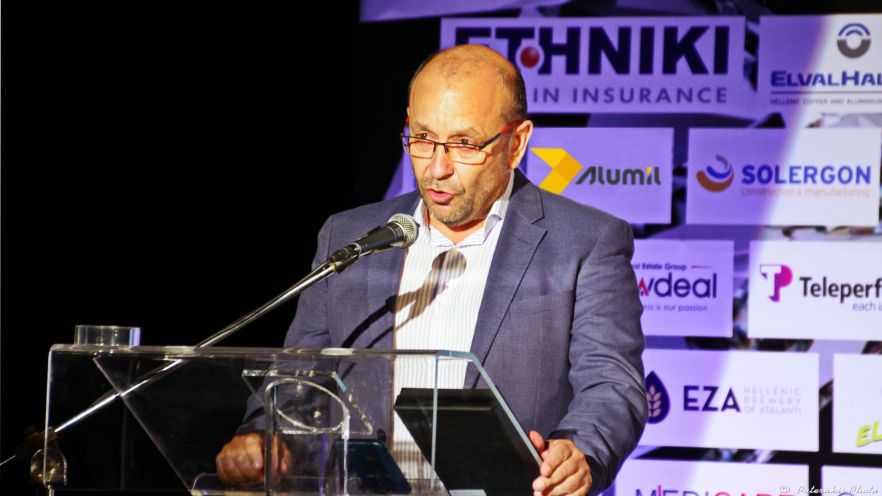 COMMENTING ON FINANCIAL RESULTS OF THE FIRST HALF OF 2021