The five-star hotel complex in the Greek island of Rhodes strongly demonstrates its influence from nature and the flowing shapes of the water. A single main connection of the central building to the outdoor dining and entertainment areas leading to the beach was the primary design concept for the architectural composition which arranged the components of the complex.

The main connection concerns a natural route, a corridor which is familiar to the visitors during the summer period and it is marked by orthogonal gates. The existing slope serves the composition well, as the facilities setback, offering unobstructed view of the sea. The combination of solid white volumes and perforated building elements creates a "playful" interaction between light and shadow, which tries to capture the serenity of the sun’s succession by the soft lights of the evening.  The large surfaces made of glass on the front of the building allow the external environment to enter unobstructed into the internal and create a smooth connection. This architectural narrative is concluded with the expression of the earth element, as in the interior the pergolas are transformed into wooden sculptures and an aquatic character emerges in front of the facilities with waterfalls being on both sides of the central staircase which leads to the sea. 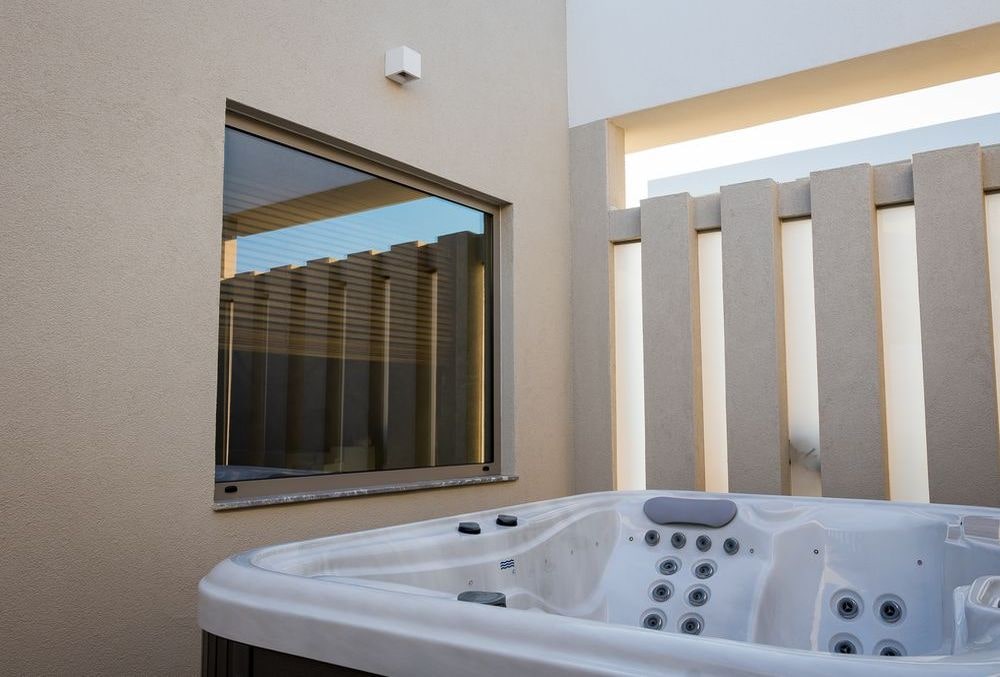 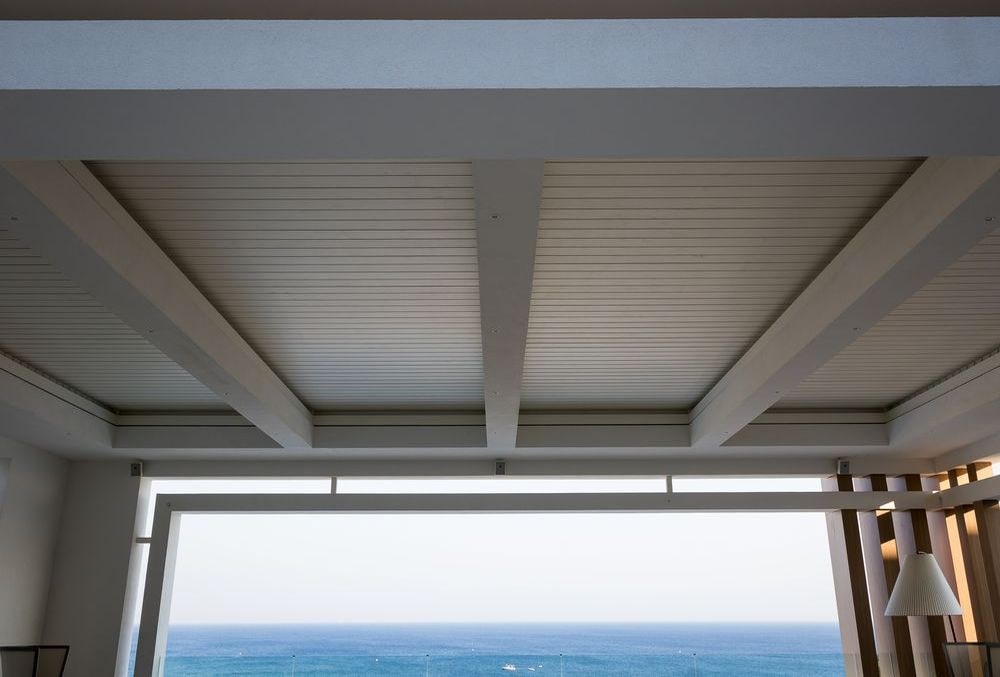 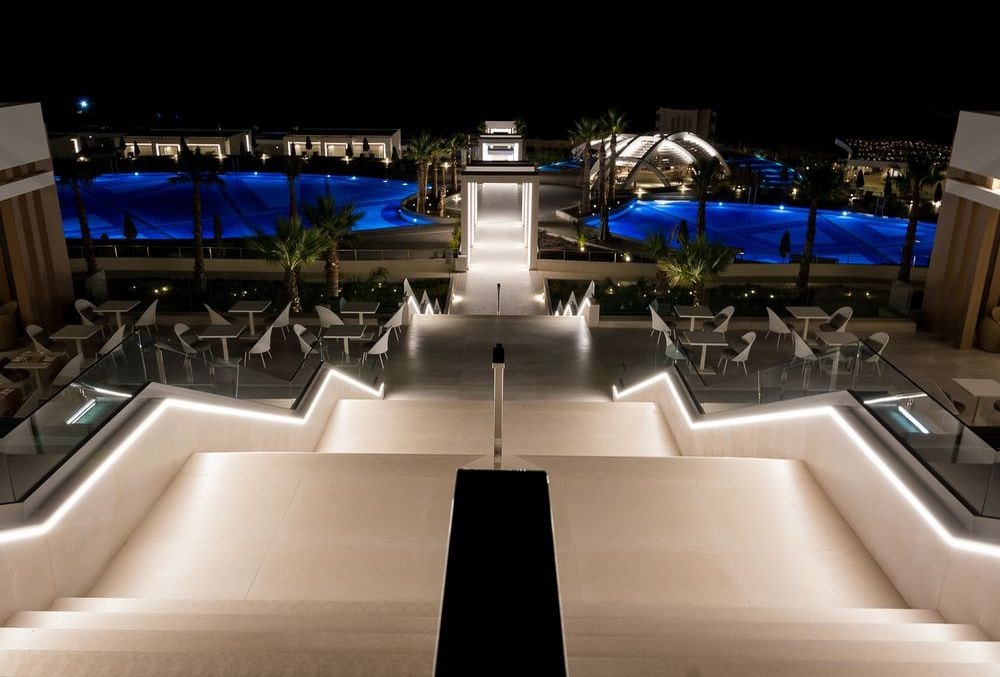 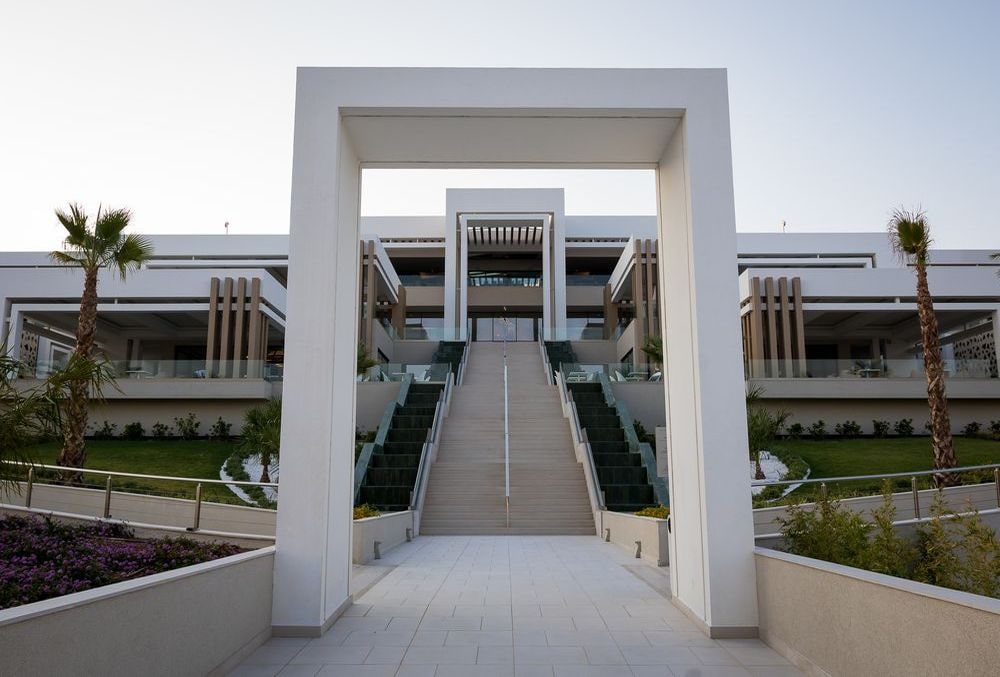 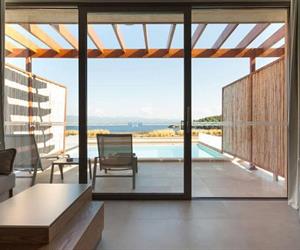 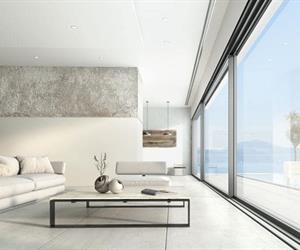 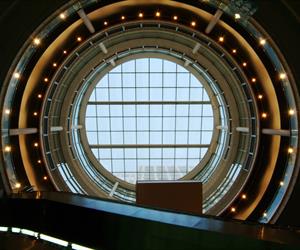 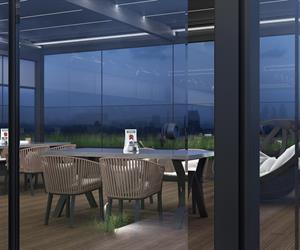