Back in 1905, the story begins with the creation of a landmark. To the north, the majestic Danube crosses and to the west, the tributary Sava, in one of the most beautiful and central spots of Belgrade. This building constitutes a classic hotel, a "jewel" for the city. On the vertical axis, sharp lines emphasize its strict character, while on the horizontal axis, the curvature tends to smooth out this notion.

The unobstructed panoramic view concerned a focus point of the architectural approach and a vital component of the building. A minimal design approach which preserves the traditional style dominates the configuration of the windows and the bay-windows which surround the building. Earthy colors allow a smooth integration into the surrounding area, preserving its character. The stairs on the facade covered by the deep red carpet leading to the hotel entrance reveal the luxurious character of the interior. When night falls, first floor's and roof's lights are oriented towards the starry sky, creating a majestic scenery which enhances the glamour of the building. 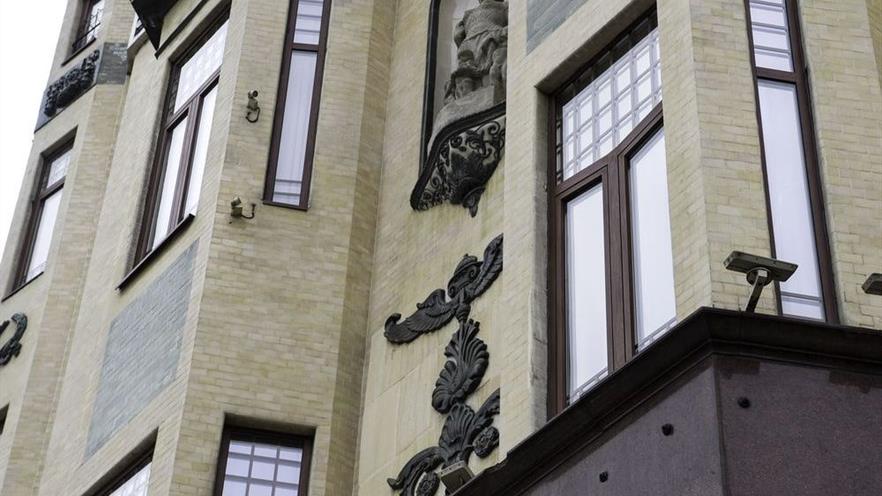 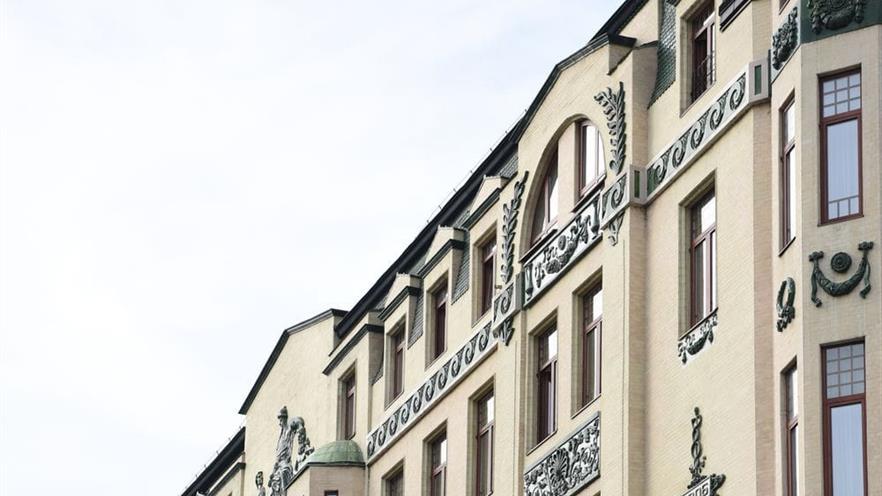 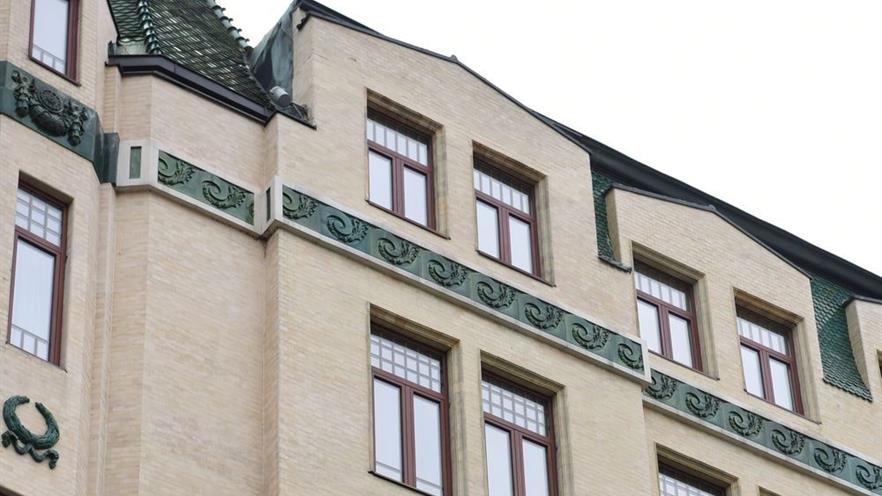 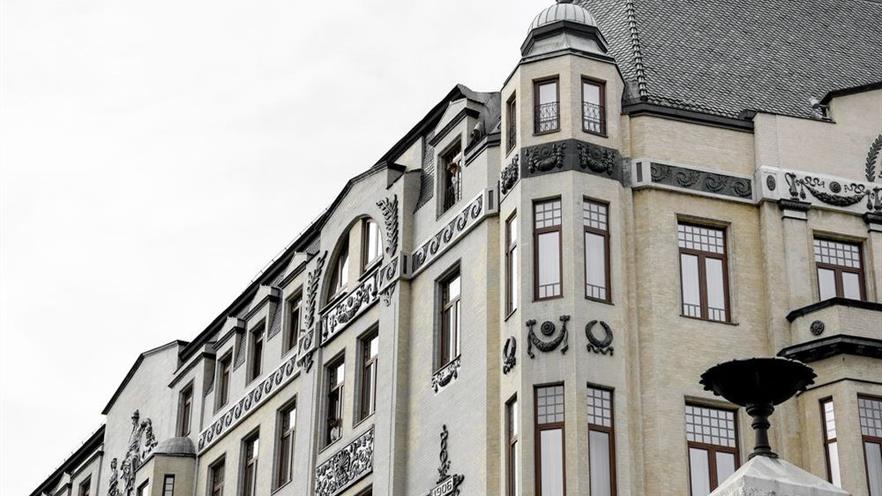