The architectural study for the new building of the high school 'Hasiotis' of the American Farm School in Thessaloniki, was assigned to the architectural office .406architects, following a competition announced by the school that asked for to apply on the building the US architectural principles for the schools of the 21st century and the integration of an architecturally modern vocabulary, within the traditionally structured environment of the School. The study envisioned the demolition of an existing office building and the construction of a modern building that will house a six-grade high school.

Results
The use of the characteristic architectural elements of the other buildings of the School was chosen (splitting of oncology, sloping roofs, wood for cladding), but with a modern architectural vocabulary and taking into account the limited budget that demanded due to the economic crisis in Greece. It is a building which consists of two-storey statically independent sections, of rectangular shape, which are tangent. These sections at their point of contact are separated by a construction joint. The first section, which concerns the school, is two-storey, where due to the slopes of the ground, access is provided on both levels by the ground floor. The new section has no basement and is developed on the level and location of the demolished building. Great importance was given to the design of the surrounding area that was studied in parallel with the building and not in addition to it.

The second section, the event hall, is completely renovated. The architectural study aims at the functional, energy, static and aesthetic improvement of the existing multipurpose building, which is adjacent to the new building, so a single aesthetic result should be delivered. Both buildings have exterior thermal facades, and decorative cladding of cement boards and synthetic wood panels. Windows are made of aluminium and fully harmonize with the architecture of the building. The large openings are covered with high-end aluminium systems that offer excellent performance and in addition allow an unobstructed view of the facilities of the American Farm School. The challenge for the designers was the real low available budget and the suffocating deadline (completed only in 10 months).

*The source for the description above was .406architects 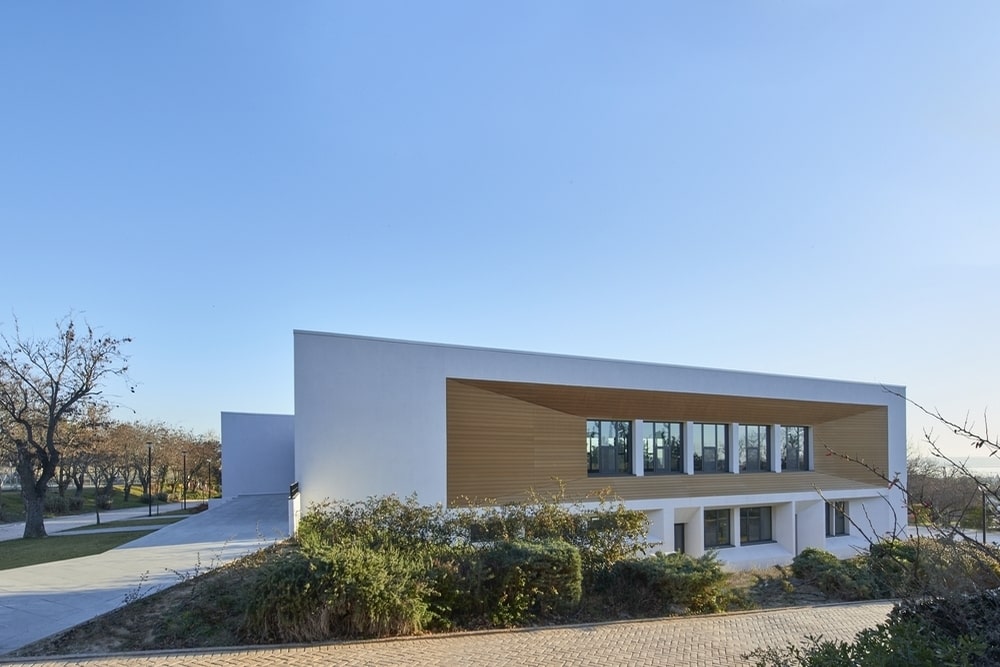 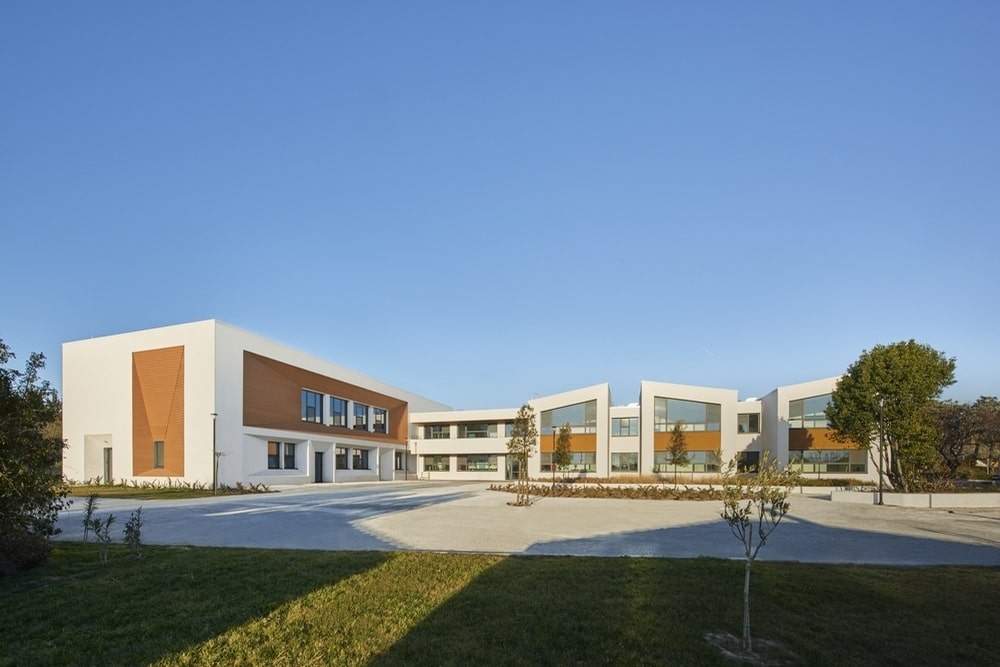 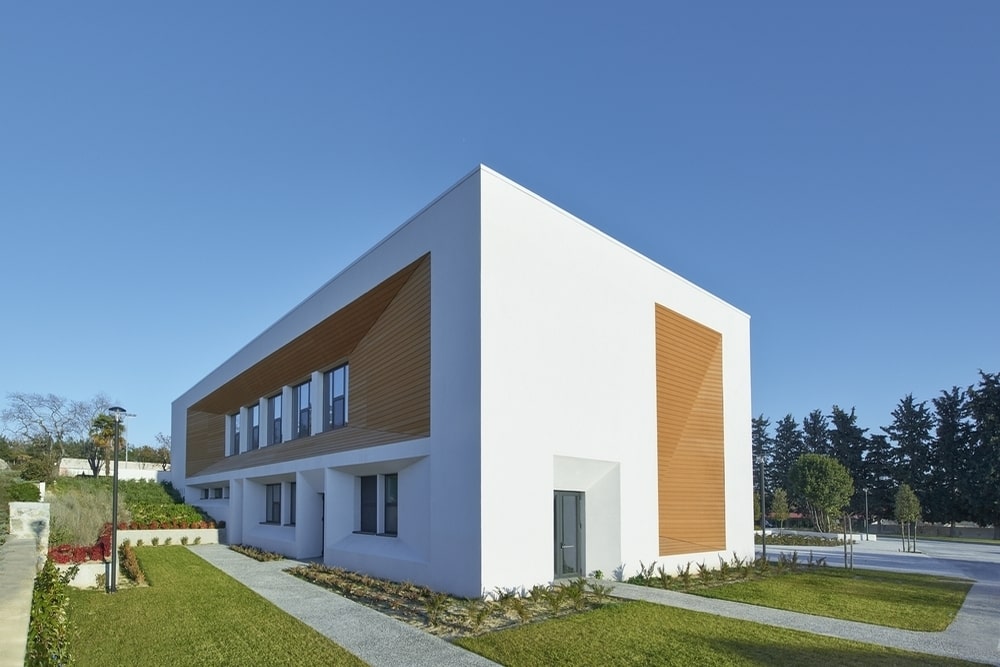 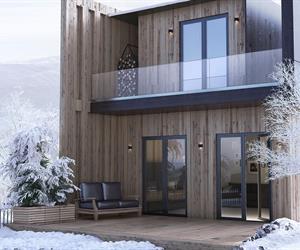 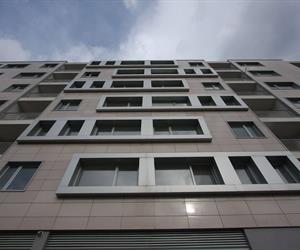