Overlooking the Aegean blue, the architectural canvas allows the synthetic choices to develop freely a synthesis that can create a special, kind of futuristic, hotel complex in Ialysos, Rhodes. Nine luxurious storeys are raised in absolute symmetry.

The Greek elements appear in every single aspect, from the smooth curved moves that strive to sculpt the enormous volume of the building, to the combination of intense and vibrant colors of the natural flora and the earth elements. On the east side, one of the largest conference venues in Europe, whose image resemble a small stadium and also express its gathering capacity. Keeping Greek elements as its main architectural language, the intense white color provides plenty of natural light into the building, while at the same time highlights its luxurious character. When night falls, the bright, intense blue illumination placed between the ground and the first floor creates the illusion of a flying volume. The interior is designed on clear, clean lines with the white shade of the building receiving the earthy color of the wood and vice versa. Large openings which frame the sea view give access to the verandas of the rooms and also allow the external environment to enter the building, enhancing the sense of freedom. The Greek architectural language is thus expressed through a minimal style of luxury, because less is more. 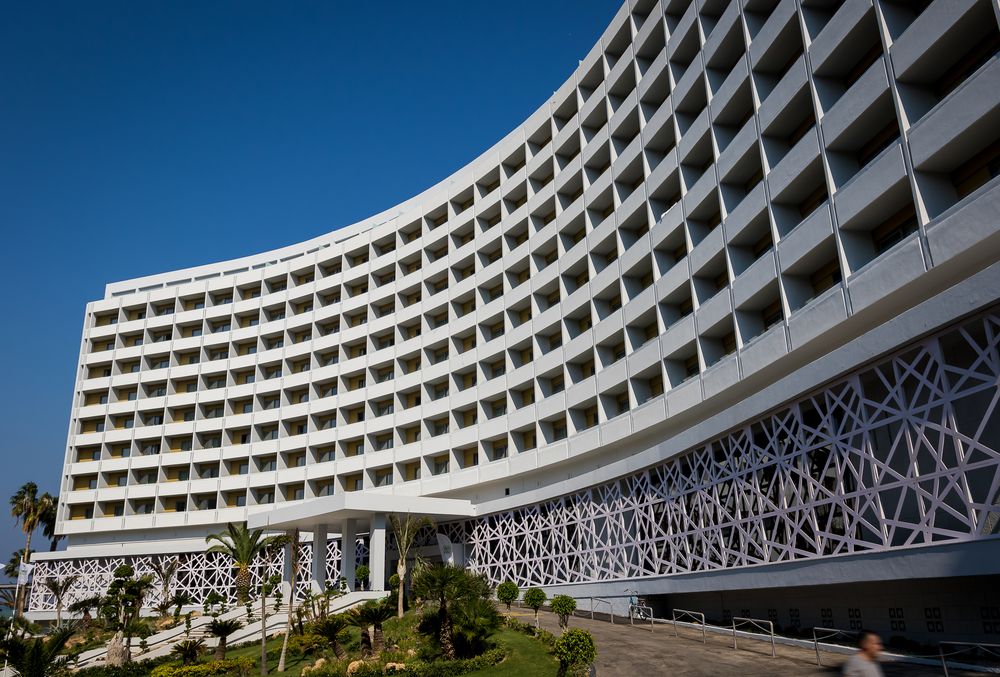 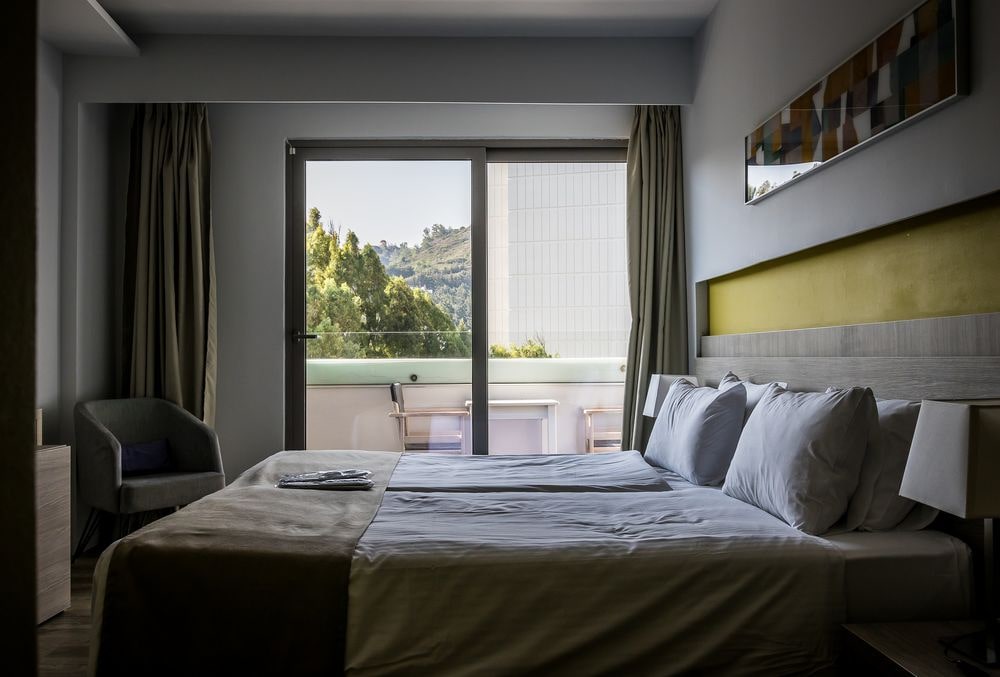 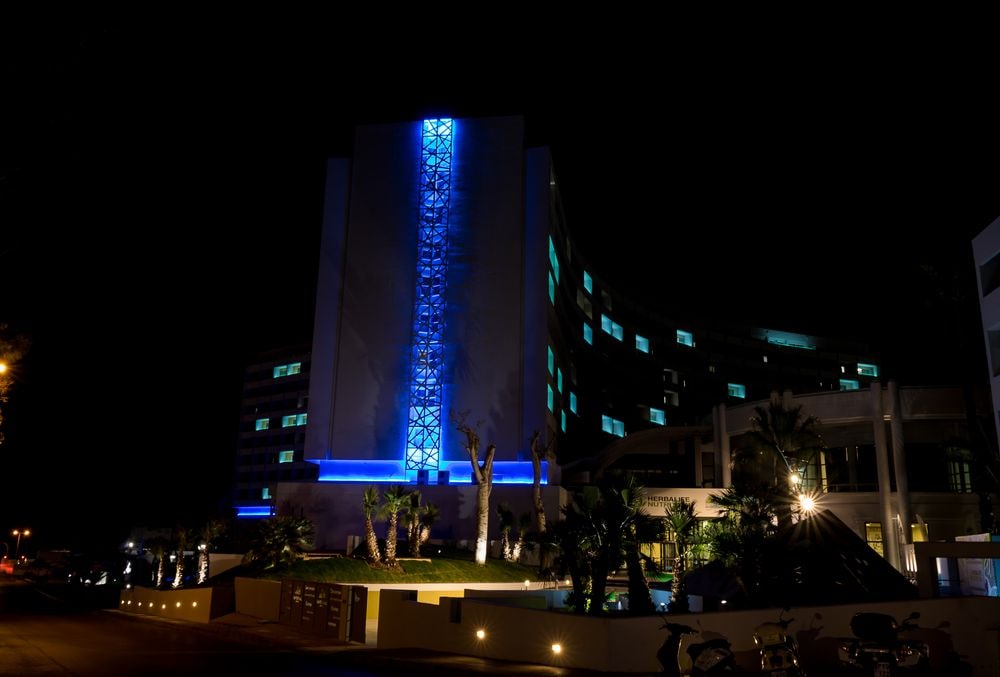 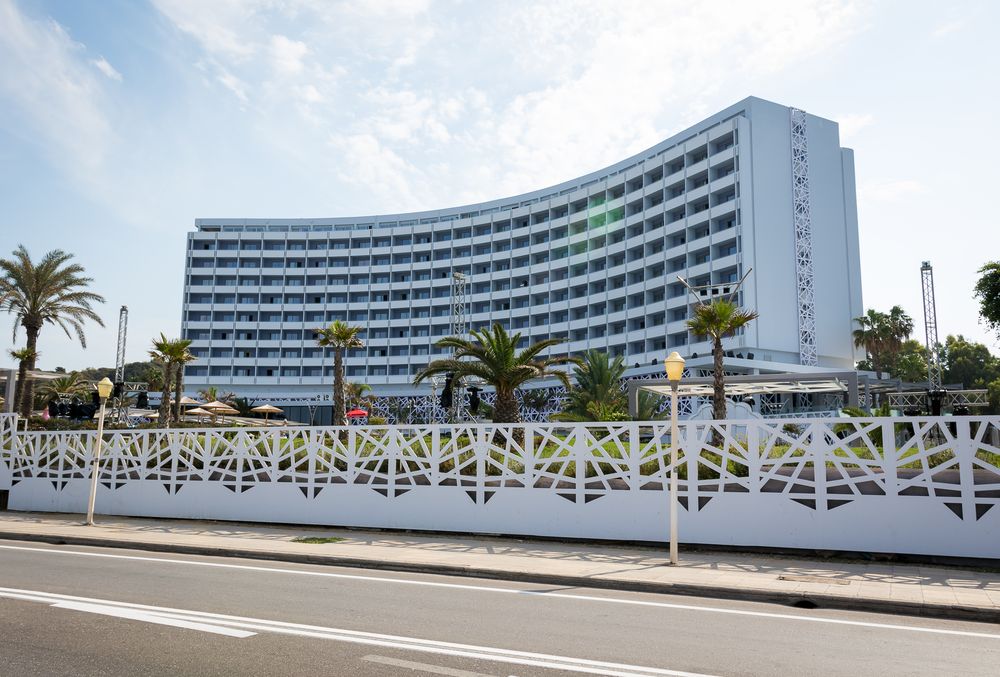 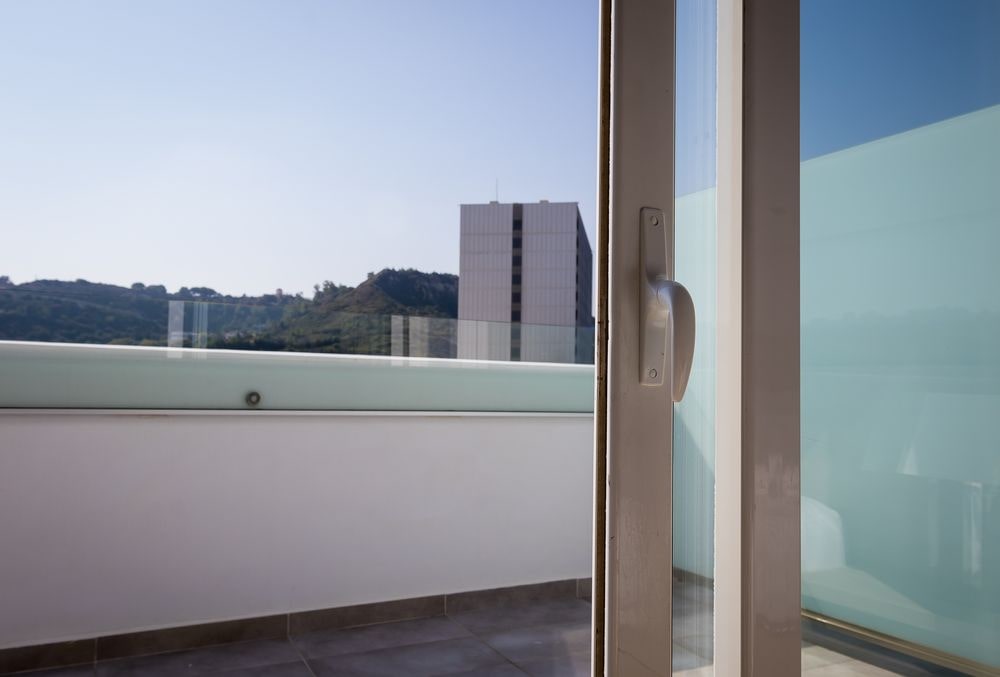 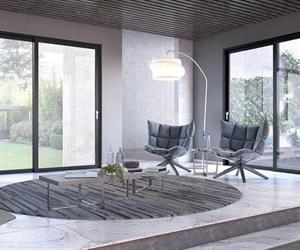