Residence at Apollonio – His Little Entopia

This two-storey house, which is in the settlement "Apollonio" in Porto Rafti, an architectural creation of Konstantinos Doxiadis, was renovated in order to fulfill the needs of a large family. This settlement, which was the last creation of Doxiadis, had an anthropocentric design and designed under the principles of beauty, logic, and human happiness.
It is a great challenge for the architect Michalis Kraounakis (K-Division Architecture) to intervene in a building with such strong architectural principles and history. It is his duty to research and assimilate them, respecting the work of such a great architect.

The house consists of two levels which lead to their respective courtyards. The main entrance is on the upper level. Also, there is the living room with the dining room, the kitchen as well as the master bedroom with its bathroom. An internal staircase leads to the lower level which includes four bedrooms and three bathrooms as well as the auxiliary rooms of the house.
The main feature of Doxiadis' architecture was the choice of natural and simple elements, which, would give the idea that Apollonio had raised through the earth and in collaboration with nature, would be part of its environment.
The existing stone masonry was maintained, while the windows and doors, which had been damaged over time, were replaced with modern thermal aluminium frames so that, in combination with the thermal insulation and waterproofing of the roof, the house acquires the appropriate specifications and performance against bad weather during the winter.

Finally, the pergola at the entrance was replaced with a more modern construction which allows the owner to control the amount of both sunlight and ventilation during the day through electrically operated blinds. 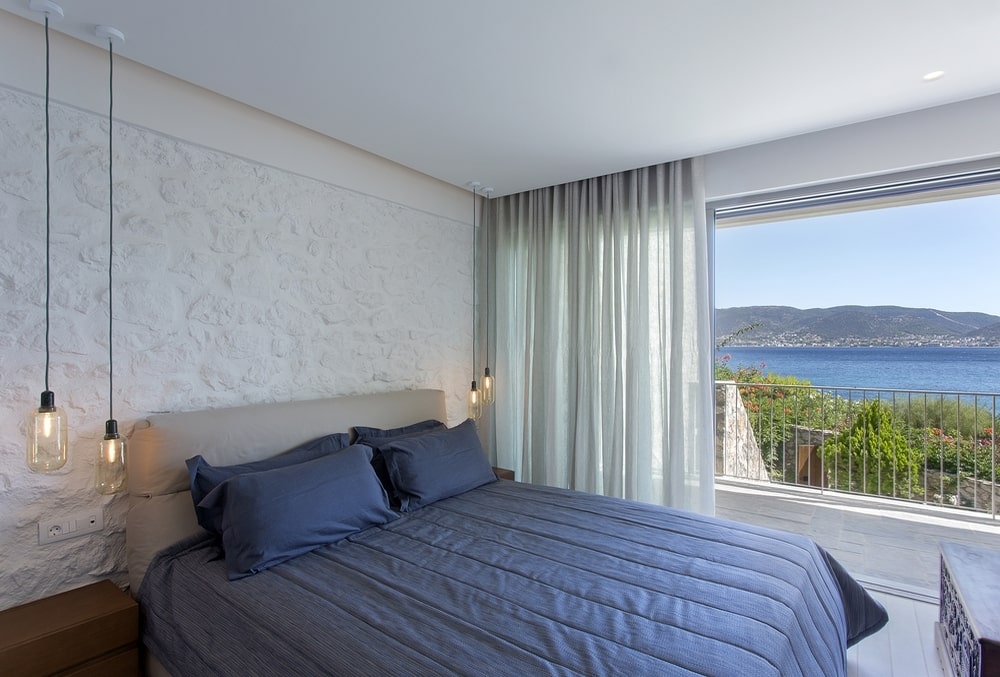 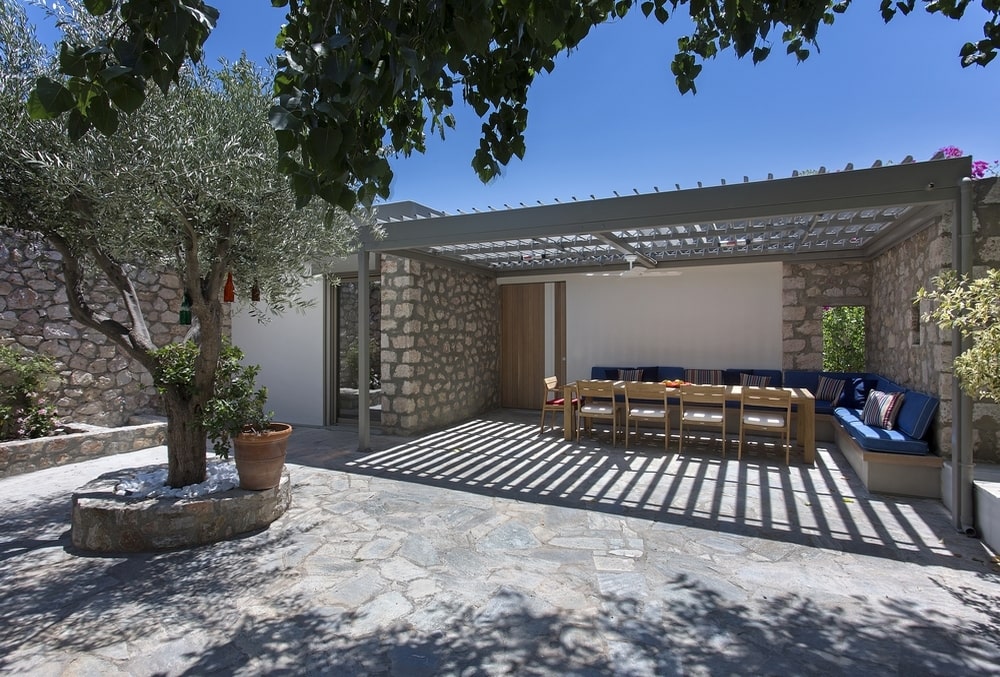 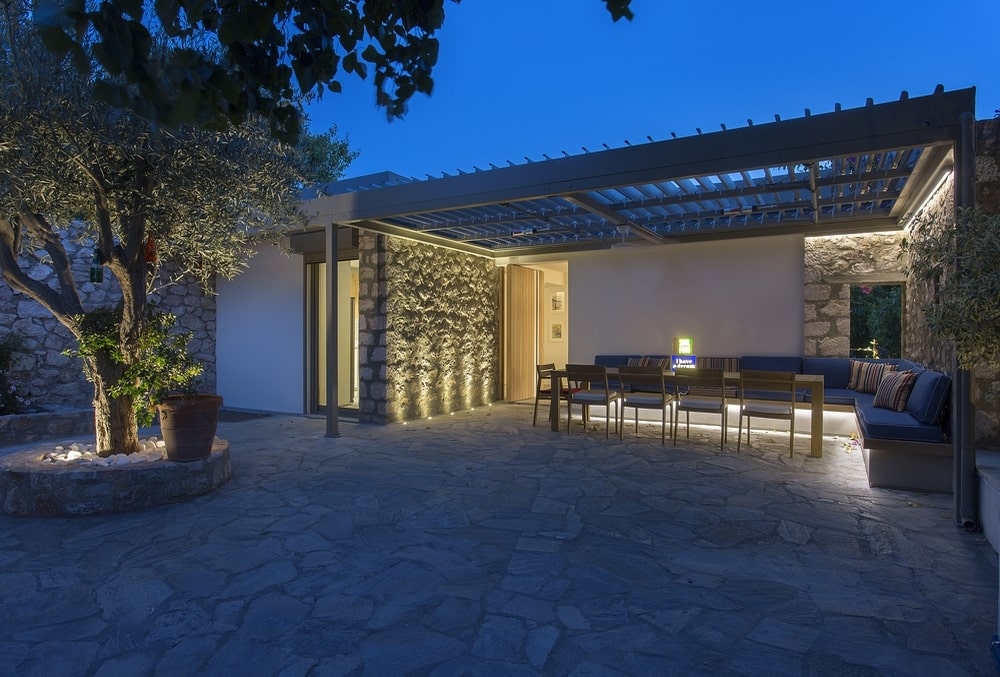 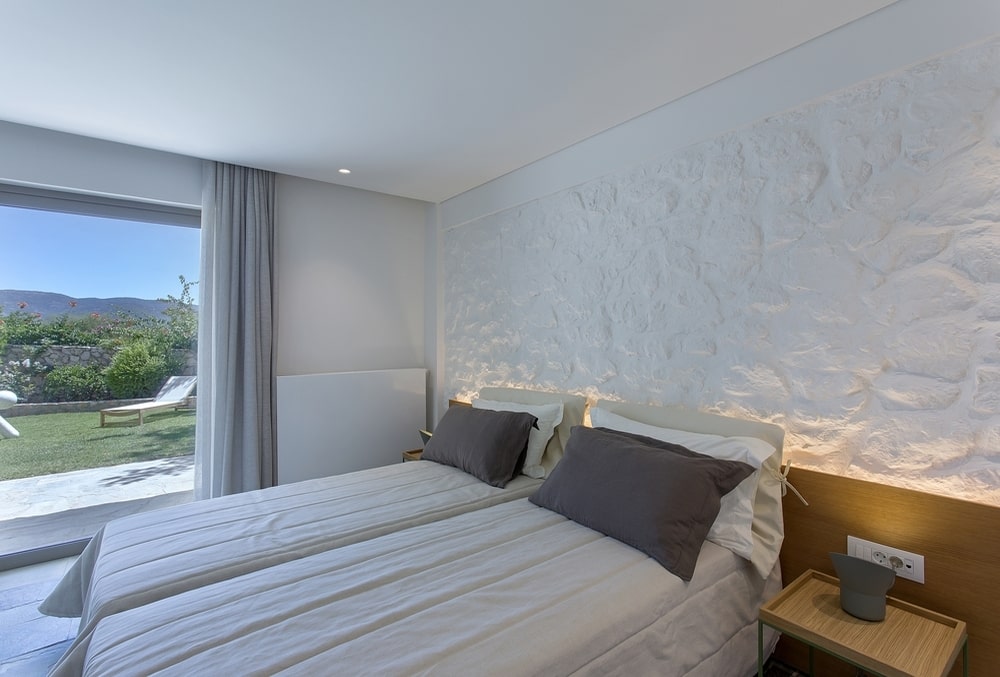