ArXellence 2 Exhibition: The celebration of global architecture in Thessaloniki

The exhibition took place in the courtyard of the Center of Digital Transformation & Digital Skills - Cisco in the Old Slaughterhouse and featured 173 architectural proposals from offices around the world, for the redesign of Thessaloniki’s western waterfront, according to the principles of sustainable development.

In the impressive and illuminated panels, the visitors could see the images of a different western gate, read the vision of the architects through their own words and see through the masterplans the details of each study.

At the same time, the rich history of both the competition area and the city itself was printed in large dimensions at the entrance of the exhibition and gave visitors the whole story, connecting the past with the future. 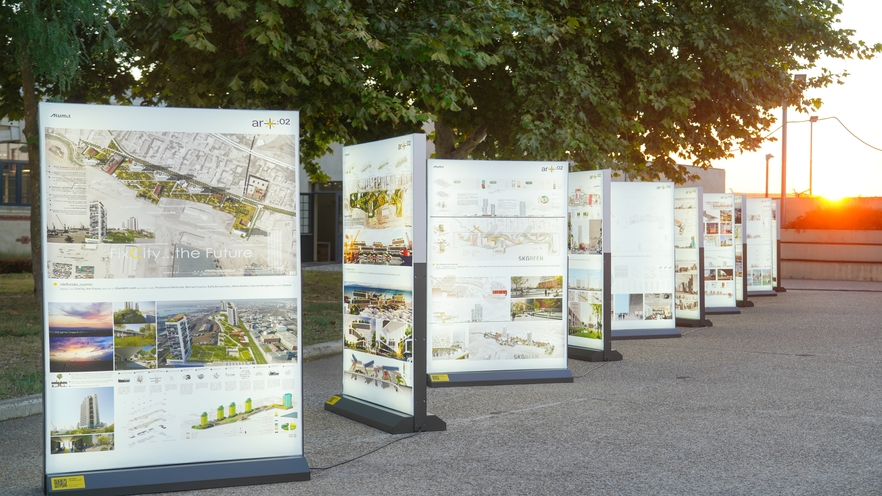 The main aim of the ArXellence 2 exhibition was to make the citizens of Thessaloniki participants in this effort, in order to realize the great potential of Thessaloniki’s west coastal side. In this sense, the exhibition introduced something special: every visitor had the chance to scan with his/her mobile phone the barcode under each proposal and vote for the one he/she wanted! Thus, the visitor not only saw the evolution of how the western waterfront could be but also actively participated by supporting what he/she prefers for the city.

On Saturday, September 11, at 11 a.m., a parallel event of the ArXellence 2 exhibition was taking place: a round table entitled "Seeking the possible and the required between cultural heritage & modern architecture". The moderator, of the discussion - which was attended by almost 1000 people online - was the architect & professional consultant of the competition, Mr. Evangelos Lyroudias, while the panel of speakers honored with their presence selected members of the wider architectural community, civil engineers and other professionals that work in the field of urban planning.

The event started with a brief speech of the ArXellence initiative Leader and ALUMIL’s Director of Innovation, Mr. Nikolaos Salpingidis, who noted that "architects from 90 countries envisioned our city and its future. "What we wanted with this competition was to find ways in which we will be able to complete such projects in the future, without remaining just ideas on paper." Throughout the discussion, the speakers focused on the major issue of the redevelopment and redesign of the western waterfront and gave their own perspectives on issues of architecture and urban design.

ALUMIL, in collaboration with Thessaloniki Walking Tours and SYMVOLI | Conference & Cultural Management, offered to the public a tour program in the wider area of ​​the western coast, for free. The tour "At the Western Gate", put together the puzzle of an area with a rich past: from Villa Petridi, Sapphous Street and the area of ​​the Baron Hirs ghetto, to the Old Railway Station, Mylos, VILKA , the Water Museum and the French Refrigerator, each location "tells" its own story. The last stop of every tour was the courtyard of the emblematic Old Slaughterhouse building, where participants had the opportunity to visit the ArXellence 2 exhibition.

In addition to the walks offered by ALUMIL, on the weekend of September 25 & 26, there were organized the "industrial heritage walks" as part of Open House Thessaloniki. The walks had Vilka as their starting point and were going across the whole area around 26th October Street, with stops at the most significant buildings. The last stop of the Open House walks was also the courtyard of the Old Slaughterhouse and the exhibition of ArXellence 2. It is worth noting that ALUMIL was once again a gold sponsor of Open House Thessaloniki, actively supporting the institution. 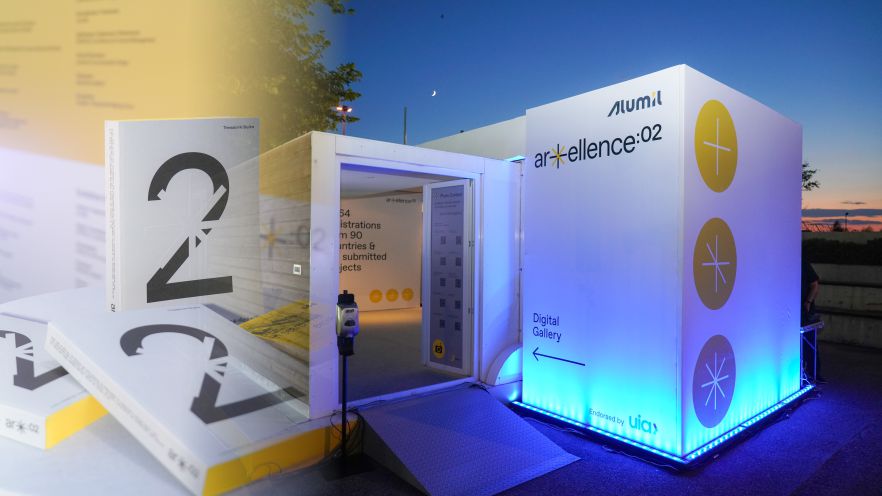 ArXellence 2 was a big challenge for ALUMIL. The company, always pioneering in its fields, carried out an unprecedented mission: to organize an international architectural competition with the support of the International Union of Architects (UIA) and put Thessaloniki in the spotlight of the global architectural community. ALUMIL's initiative was embraced by the architects internationally, welcomed by the representatives of the city's institutions and - as the attendance showed - had a great response from the city’s residents. A new platform of architectural ideas for the future of the western waterfront is at the disposal of the State. What remains to be done is the arrangement of the appropriate procedures, so that ALUMIL's vision for a leading and confident Thessaloniki will become a reality. 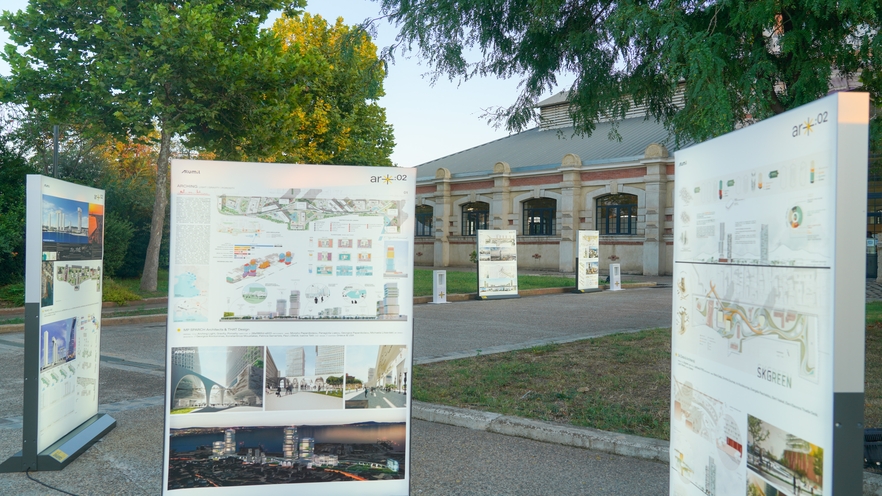