The Aftermath of the Exhibition

The international architecture competition ArXellence 2 was a big bet of ALUMIL, having vision to redesign the deprived western side of the seafront of Thessaloniki. The Exhibition of proposals by architecture offices from around the world, held on September 11-26 in the courtyard of the International Digital Transformation & Digital Skills Center of Cisco (formerly Municipal Slaughterhouse), attracted a large group of people and received excellent reviews by both the architecture world and the citizens. In this way, the ArXellence 2 was successfully brought to an end, while hoping to create a new path that will pave the way to the realization of the competition’s vision, for a new western entrance.

Video from the Opening of the Exhibition 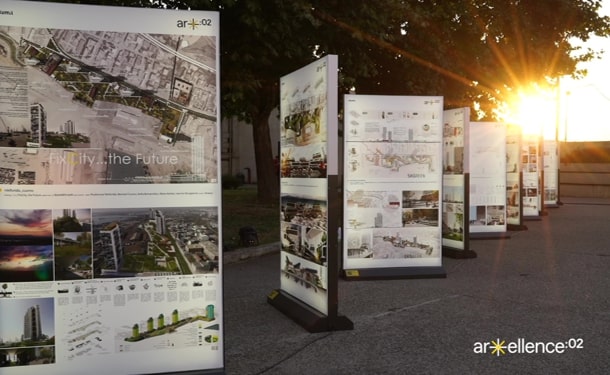 The opening of the ArXellence 2 Exhibition was a great celebration of architecture, hosting architects, businessmen and representatives of institutions. An extraordinary evening that was welcomed by all and it highlighted the vision of ALUMIL in the best way.

ArXellence 2 is the international architectural ideas competition by ALUMIL. The topic of the competition was the redesign of the western waterfront of Thessaloniki. The 1464 registrations from 90 countries and the 173 submitted proposals, constitute the final report of the competition. The exhibition of ArXellence 2 reflects the global character of ALUMIL’s initiative and presents to the visitor all the final architectural proposals from all over the world, regarding this important area of Thessaloniki.
View the awarded proposals 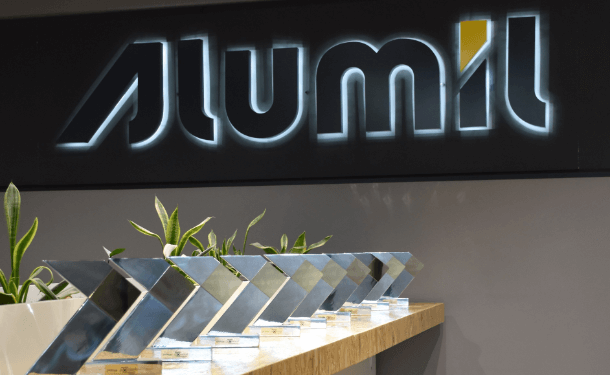 On Saturday, 11th of September, on the sidelines of the parallel events of the Exhibition, a round table was organized entitled “Seeking the possible and the obligatory in the relationship between Cultural Heritage and Contemporary Architecture". The speakers, distinguished members of the architecture community, presented their vision for the future of the west side of the seafront and discussed the ALUMIL initiative.
Learn more

The discussion was coordinated by: Dr. Evangelos Lyroudias 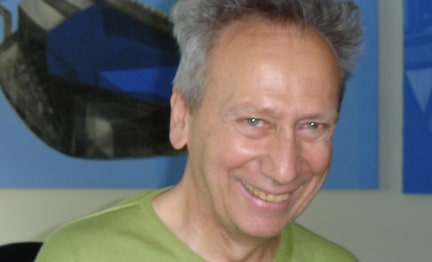 Part of the architectural office "Domorinthos and Associates". He has dealt with institutional issues of architectural competitions, the organization and conduct of large-scale international competitions, with research, publications and actions for the social, political, and urban context of the city, considering the city the pre-eminent imprint and common place of human society. 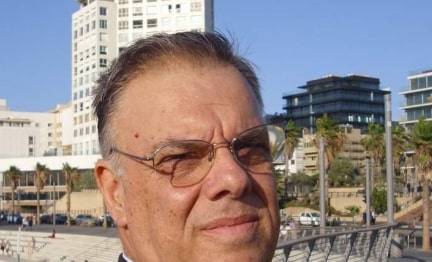 Architect Engineer, MBA. He was General Manager of Technical Services in the Municipality of Thessaloniki, President of the Association of Architects of Thessaloniki, representative of the country in the Council of Architects of Europe (ACE) and Vice President of the Board of HELEXPO-TIF SA. During his 40-year career, he successfully managed and upgraded the technical services, while he participated in the design and contributed to the implementation of the most important architectural projects of the Municipality of Thessaloniki. 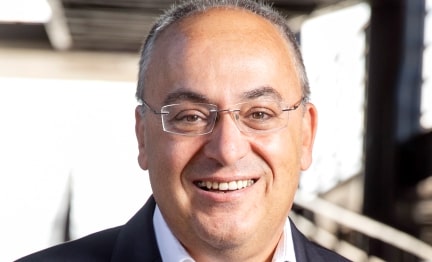 Civil Engineer AUTh. President and CEO of a design technical company based in Thessaloniki. Deputy Regional Head of Infrastructure and Networks in the Region of Central Macedonia from 2019.
Has thirty years of experience in the preparation of static studies, supervision and management of major technical and building projects, in Greece and abroad. 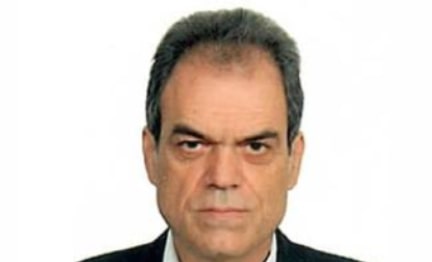 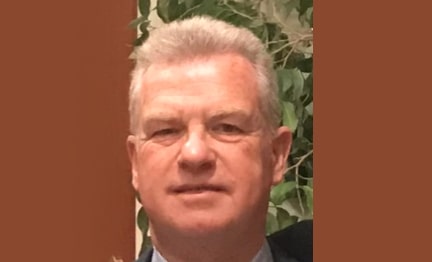 He was born in Thessaloniki in 1955. He graduated from the American College in 1973 and studied Civil Engineering at the Aristotle University of Thessaloniki. He started his career in the field of public works and in 1984 he started his involvement with the private sector. He was the founder and CEO of the construction company "Ergomichaniki", as well as President of the Jewish Museum of Thessaloniki for ten years. 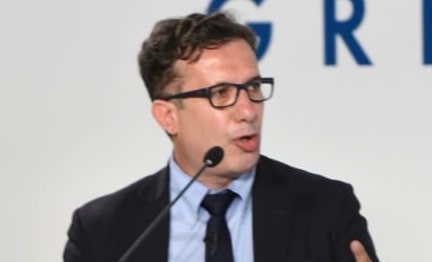 He completed his legal studies at the National and Kapodistrian University of Athens and practices Law at the Supreme Court, mainly in the fields of Environmental and Urban Planning, Administrative and Civil Law as well as in special issues of Public and Private Projects and Public Works. He is a Legal Associate of the Technical Chamber of Greece, Bodies of the Central Administration since 2005. 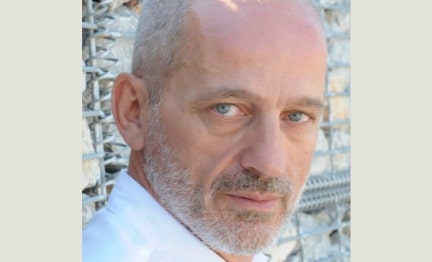 Architect. With Bernard Cuomo since 1986 they have been thinking and planning for an upgraded everyday life. Their top work is the Reconstruction of the New Beach of Thessaloniki with 12 awards and distinctions.

Architect and founder of the PILA office. He has designed and implemented a number of projects such as the Site Verrier Cultural Center in Meisenthal in France, the L 'Atelier de l'Arsenal, a proposal for urban regeneration on the banks of the Seine in Paris and the redesign of the facades of the Piraeus Tower. He was head of the SO-IL office in New York. He studied architecture at the Aristotle University of Thessaloniki and Harvard University in the USA.

She studied at the University Institute of Architecture (IUAV) in Venice, where she did her postgraduate research. She has taught at IUAV and at the IUAV International Workshop. She teaches at the Department of Architecture of AUTh. She curated the exhibitions of the Kostakis Collection in collaboration with MOMus. Maintains the SPARCH architectural office with Rena Sakellaridou and MP SPARCH. She has international recognition with important awards and participation in international exhibitions. 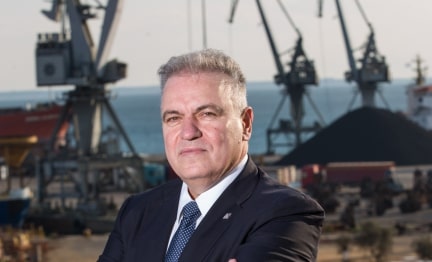 Dimitris Samaras is a Mechanical Engineer with a degree in Mechanical Engineering from the Polytechnic School of the Aristotle University of Thessaloniki and president of the "Samaras & Associates" Group of the largest group of design and consulting services in Greece with participation in all important development projects. 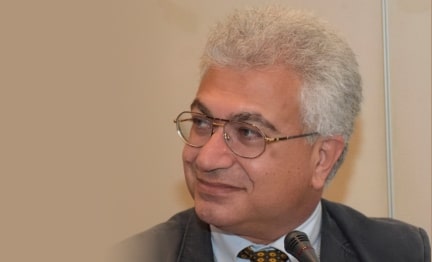 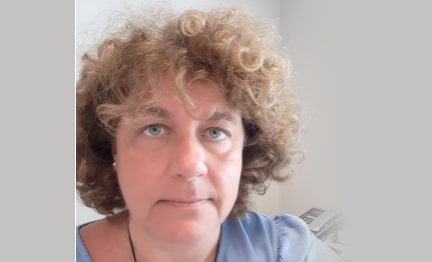 Architect with a master's degree in management and technical project management. Today she is the Development Director of Thessaloniki Metro, in Attiko Metro SA. She was Director of Sustainable Mobility and Networks and Head of Urban Planning in the Municipality of Thessaloniki and Vice President of EAXA SA of the Ministry of Environment. She has dealt with a number of urban planning, architectural and traffic studies and the implementation of complex technical projects of the Municipality of Thessaloniki. 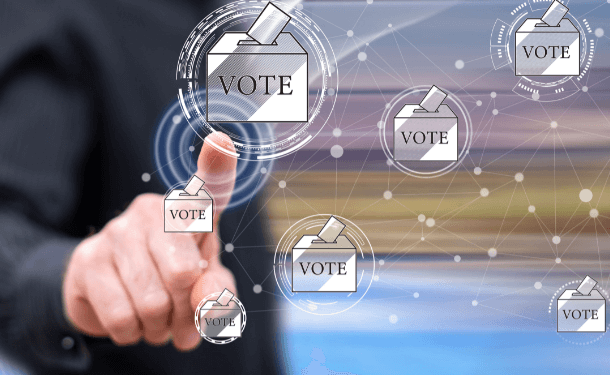 The Architecture Proposals voted by the Public

A big innovation brought by the ArXellence 2 Exhibition was the visitors’ possibility to vote for the proposal they liked the most, by scanning the QR Code accompanied each exhibit. Following the vote count, the proposals, which impressed the public, emerged.
View the Proposals

Throughout the Exhibition, the photography competition "Give prominence to the Western Entrance with one Click" was in progress. In essence, it was a big request from ALUMIL, through which urged photography lovers to capture the landscape of the west entrance through their lens, while displaying the area with their own eyes. 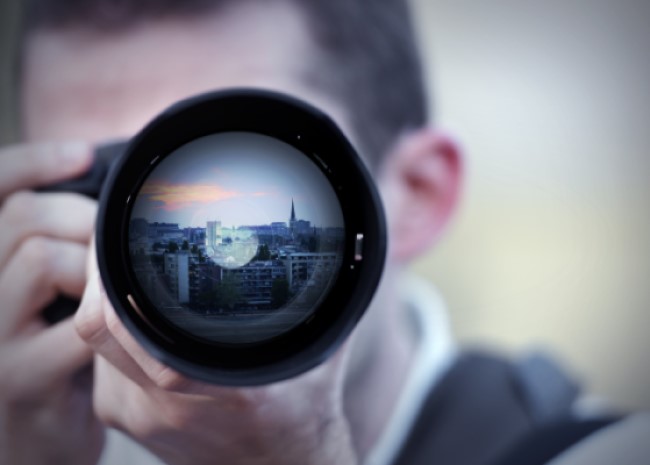 Walks at the West Entrance 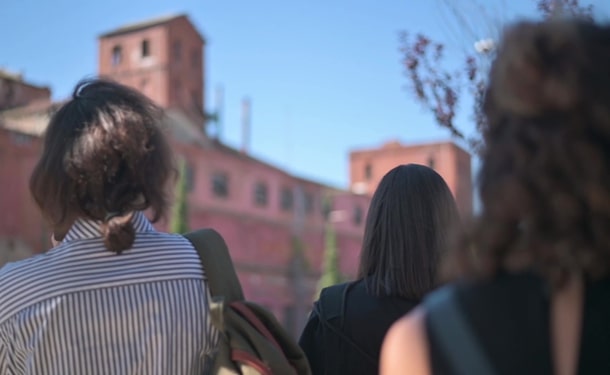 As part of the Exhibition, ALUMIL gave the opportunity to those who wished, to take part in thematic tours at the Western Entrance and to get in touch with its long-lasting history.

The old slaughterhouse of the municipality of Thessaloniki has been listed as an architectural monument since 1994 and is an exceptional example of the industrial architecture at the end of 19th century.
Learn more 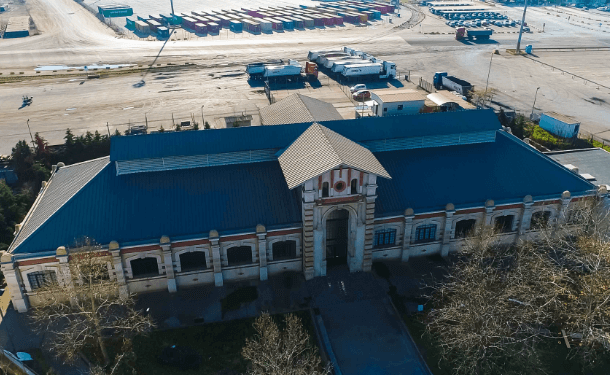 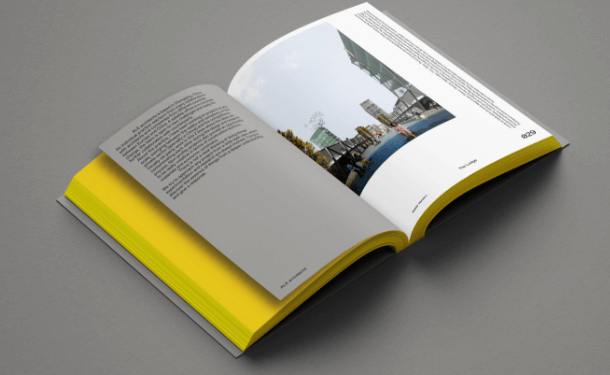 A special edition of ArXellence 2, with all the final proposals of architectural offices around the world.
Read it online

Under the auspices of: