1) Please tell us a few words about you and what motivated you to participate in the competition of Arxellence 2. Did you ever undertake/design a similar project (CBD) in the past?

a. Tell us a few words about the team that worked on the proposal.

Our architectural office, ADA AD, includes 12 practicing architects. We are based in Sofia, Bulgaria. Our competition team includes me, Ivo Panteleev, and our young and talented colleague, Yanek Nemchev.

b. How were you informed about the competition of ArXellence 2?

Earliest, we received an invitation from the local Alumil representative – Elitza Neykova with whom we have known each other for some time. The competition was also announced by the Chamber of Bulgarian Architects and certainly, we came across it in the Internet. For sure, the publicity of the Arxellence second edition was a good one.

c. Did you ever undertake/design a similar project in the past? 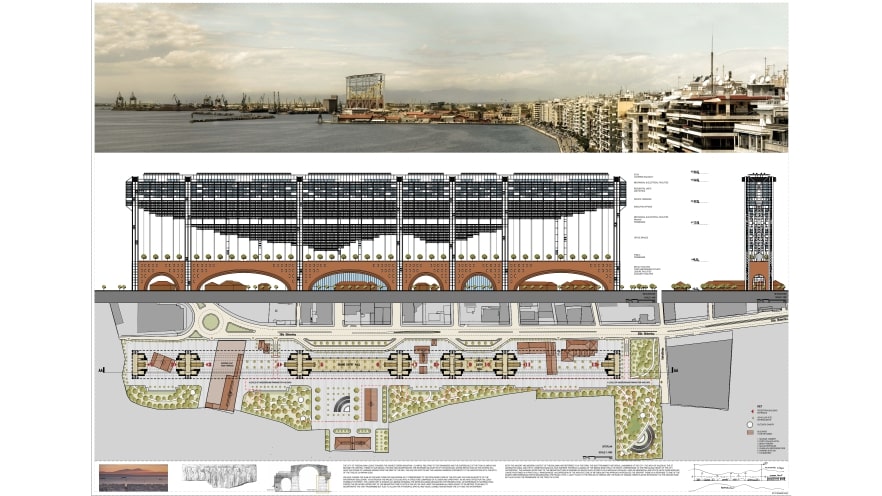 2) Could you give us a description of your proposal? How did you approach the project and what was the main idea of your design?

a. Describe in a few words the structure of the CBD you designed (the main characteristics of your synthesis).

Our proposal is based on a single structure with the maximum allowed height of 200 m but with the least possible footprint. The structure is a reverted slab comprised of two distinct parts: a lower one - a bridge that spans the existing buildings and an upper part – “hanging” shelves. The bridge houses the public part of the programme, restaurants, halls, shops, and recreation facilities while the shelves provide the area needed to develop the more private part of the programme – offices, residential and hospitality. We have developed ample public space distributed on the ground but also on several upper levels: plazas, public and semipublic promenades.

b. Describe the main idea of your proposal.

Even if our design is based on a single volume, we wanted it not to be a monolith but an open structure that fits into the site context on several levels. We wanted the structure to impose a new skyline of Thessaloniki signaling the strive of the city onto a pan European scale. Hence, our attempt for the project to communicate with the bay and the Mount of Olympus across, and of course, with the city.  Our main idea is illustrated in the night view. The reflection of the building in the sea echoes the mountain of Olympus. We tried also to integrate several messages on different scale levels: solid and void; past, present, and future; history and modernity. We wanted that our design embodies the notion of openness and dynamics, flexibility, and inherent ability to develop with time. Most importantly, we wanted to have plenty of public space integrated three dimensionally in the structure.

c. What difficulties did you face?

As we associate a city center with abundant public space such as plazas, promenades, gardens, shared space, we see the main difficulty resulting from the site itself. The site is a small and narrow one even if it were not occupied by existing structures designated for preservation. The requirement to preserve the seven existing building structures scattered evenly across the narrow site creates a real challenge. Each of these buildings needs also its sole surrounding space. How can then one develop the vast programme of 400,000 sq. m of TFA, plus provide parking for 4000 cars, and create sufficient circulation paths and still be able to create the urban space adequate for a new city centre? This for us was the main difficulty to overcome.

d. What would you say is the most innovative feature of your proposal?

We believe that our proposal creates a model, a method that can allow the gradual development of the CBD as an open structure/infrastructure evolving and pulsating in time. The multistorey structure of shelves with vertical and horizontal circulation space and infrastructure practically multiplies the area of the plot 20 or more times. The architectural Metabolism approach embodied as high-tech plug-in changeable modules will allow the change of the use with the change of necessity thus allowing the new CBD to be a living organism, such as is the city itself. 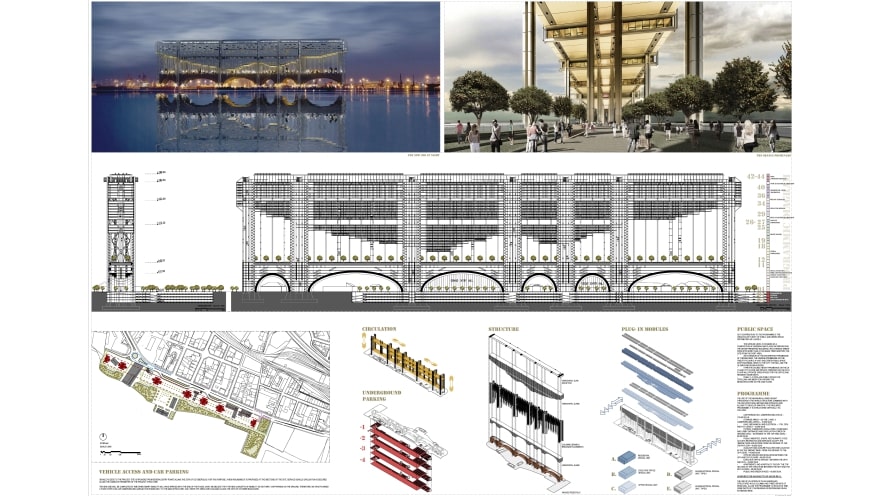 3) What do you think made your idea stand out and why? What are the experiences you gained from the competition of ArXellence 2?

Despite the programme of the brief, which seems to be quite specific on an architectural level, we believe that the main goal and expectations of this competition are mainly on the urban design and promotional level. Based on this understanding and given the expected tremendous international competition we wanted our concept to be noticeable. We deliberately devoted limited time for our participation, however, time enough to incept, develop and express an idea on the urban design level but at the same time avoid the risk to be lost into the vast and overly complex program.

Our regular participation in architectural competitions has been always guided by the Olympic principle – the participation, itself, is most the important. Any well-organized competition with a meaningful task, such as is the Arxellence 2nd edition, attracts enough talented and professional participants. To be able to self-rank oneself among architects from all around the globe is by itself a precious gift and a most efficient tool for learning. Such a competition makes one feel a part of the great international architectural community which is more devoted to the pursue of ideas for the well-being of humanity than it might seem in the generally mundane free-market reality.